FAKE JUJU PRIEST ARRESTED AFTER HAVING SEX WITH 11YEARS OLD GIRL TO CLEANSE OUT EVIL SPIRIT FROM HER. 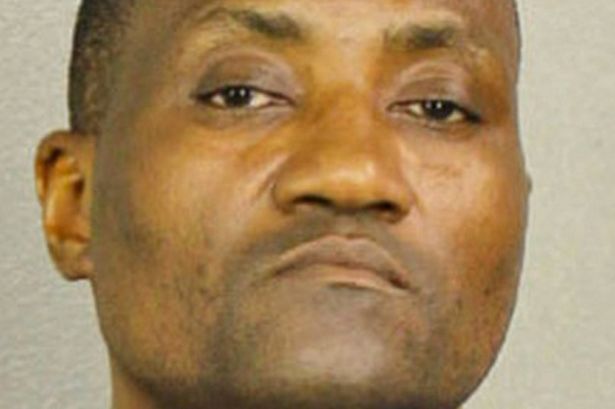 According to reports, this fake juju priest identified as Brogenet Cinor was arrested in Florida for having sex with an 11-year-old girl all in the name of cleansing out an evil spirit from her.
The Girl was brought to this fake Juju priest by her mother because the juju priest had convinced her *the mother* that the girl *name withheld* was possessed.

The mirror reports that a young girl of 11years was violated by a Fake Juju man who claimed he wanted to deliver her from Evil Spirits.

It all started When the girl's mum took her to a Juju man for deliverance, alleging the girl was possessed with evil spirits.

On getting to the Juju Man;'s house, he isolated both mother and daughter by taking the girl to a shed in the back garden while he left the mum inside the house.

The Unsuspecting mum was busy waiting to go home with a delivered child.

At the back of the Garden, this fake Juju man reportedly had sex with the 11-year-old girl and then gave her money to shut up and not tell her mom.

The girl refused this and reported the situation to her mum who went to confront the Juju Man.
The juju man threatened the mum by telling her she would die if she ever told anyone about the act.

She finally reported the abuse to the Police.
The Police arrested Brogenet Cinor, 48 and have charged him with sexual battery on a child. Further Investigations have revealed a few other victims, all of whom he threatened with death if they told anyone.
Share on Facebook Share on Twitter