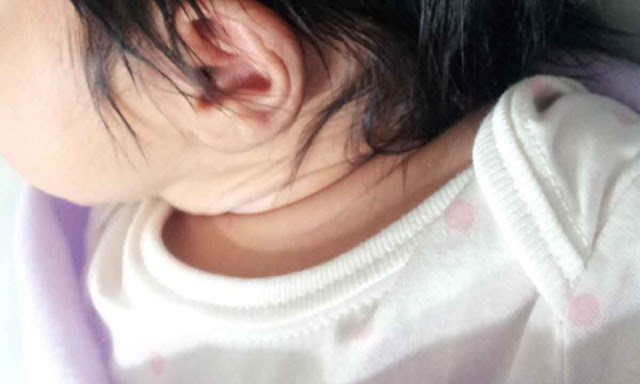 A Cameroonian couple was recently caught in Nigeria with a 2weeks old baby they stole in cross river state.

The officials of the National Agency for the Prohibition of Traffic in Persons and Other Related Matters, NAPTIP, are currently in the custody of the 2-week-old baby rescued from the couple.

Kamsol Ayang, 44, and Theresa Asamoa, 46, claim to have been married since the last 15 years but without a child which they say prompted their action.

After some investigation, they found that the couple might actually be playing on the intelligence of the officers as their surnames on their travel document were different.

The baby was looking very weak and pale as if he had not tasted breast milk. His eyes or body moving was not moving when officials rescued him.

After further investigation, The wife told us that she was given herbal drugs that would make her pregnant and also claimed to have delivered and that the baby was given to her at the herbal medical clinic somewhere in South-West Nigeria

Investigations are still ongoing to find out the true intention of the duo as well as to be able to get the biological mother of the child whose s3x was not revealed.
Share on Facebook Share on Twitter