Published by: » AzTv »
» Date: October 18, 2016
Home » Patoranking » Photos: Patoranking and Daddy Showkey dancing on stage
GOEthealbum released about two months ago by our very own Patoranking has been a huge success as the music from that very album has taken over the radio, tv and is seen on every Nigerian's mobile phones,tablets,laptops,iPhones, on their Instagram account either doing a cover of any of his hit tracks or just seen dancing to it. Well, Daddy Showkey has joined the GOE family as he was pictured dancing with Patoranking on stage at one of Patoranking's Stage performance in Lagos. GOE stands for God Over Everything and Patoranking's career has since shot out to unbelievable lengths ever since he dropped the album. 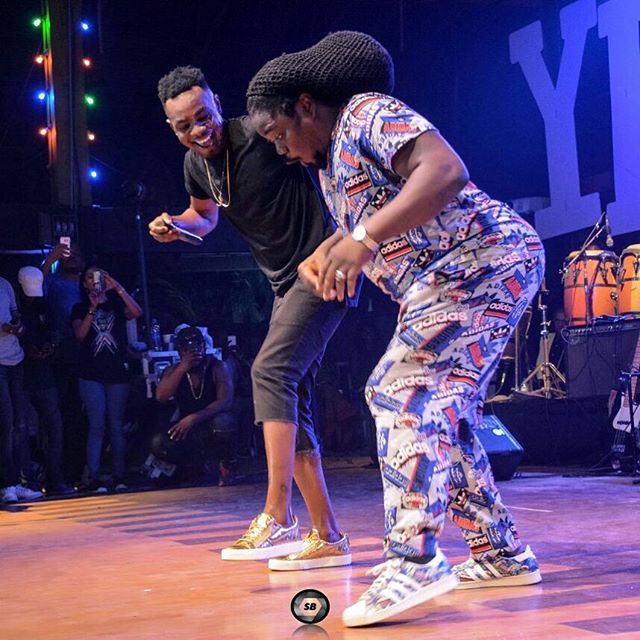 Meanwhile, Patoranking shared a photo of his brother rapharanking who requested that patoranking comes to celebrate his birthday with him, not really believing he will, patoranking showed up at his school with cakes ready to celebrate with him. see the photo below!!