Wizkid apologises to fans, says he will not perform again until Next Year

Published by: » AzTv »
» Date: December 09, 2016
Home » Wizkid » Wizkid apologises to fans, says he will not perform again until Next Year 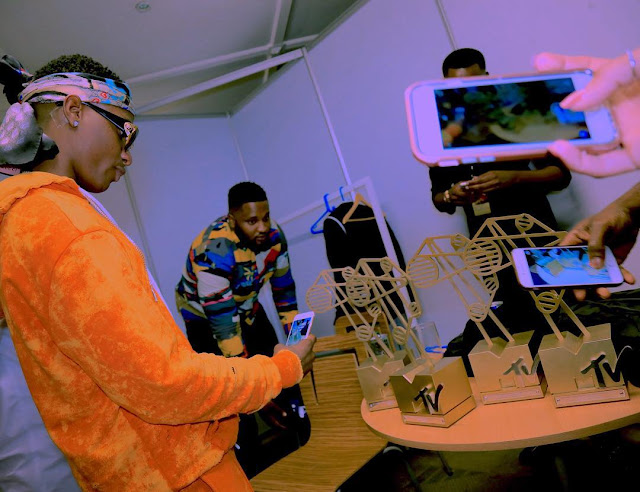 Wizkid a.k.a star boy Ayo Balogun has released a really heartbreaking news to his fans a few hours ago.
Wizkid said he would not be performing at any show at all for the rest of the year until February 2017.
The reason for this decision after the cut.

Wizkid said this decision was, as a result, his doctor's advice that he has to rest as he has been touring around the world and as a result is very stressed and could break down any moment from now. He was advised to take a break for a few months to be able to get better and get back to work. 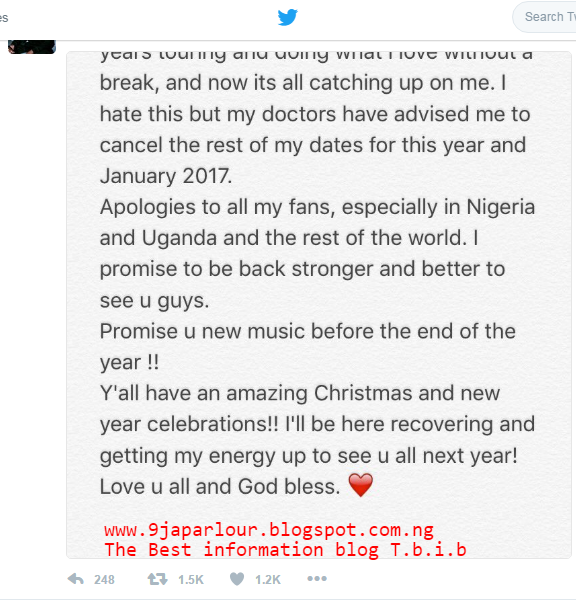 Wizkid also promised to release a new music this Christmas to keep his fans busy until February next year.
Wizkid's shows for the rest of this year is scheduled to hold mostly in Nigeria and Uganda and he sent a special apology to his fans in these countries.

Hope he gets well soon.