Drake and Tekno set to Collaborate in New Song

Drake Shares Photo Of him and Tekno tagged it 'Tek Time'

Drake, for the past couple of weeks, has not stopped talking and sharing posts about Nigerian Singer Tekno. Tekno was seen working in the studio with Drake. Drake himself shared a photo of himself and Tekno on his IG page which has raised a lot of media Uproar and controversy.
Let's start at the beginning. 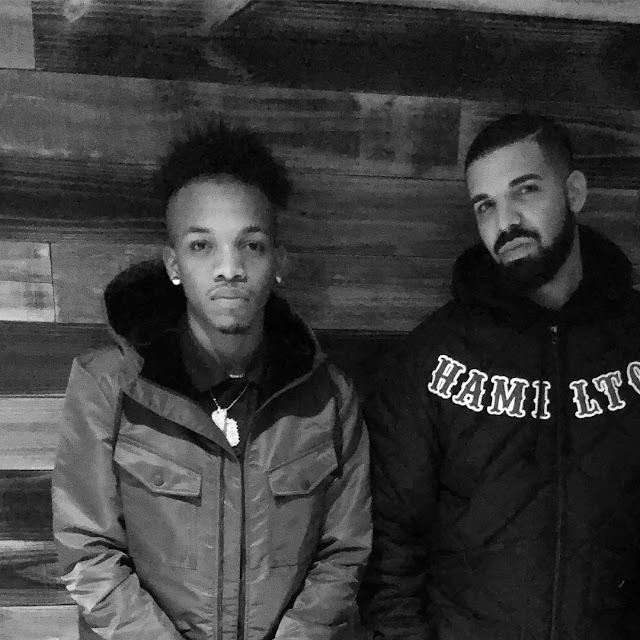 I remember a couple years back when Wizkid released his Ojuegleba Music + Video which by the way is still Trending right now, reports had it that Drake got to hear the song and was interested in the person who sang it.
This brought about the connection between Drake and Wizkid who so far has released about 2 songs together and have topped almost every chart and the top list of artists and most downloaded music released. The Problem with the whole scenario is that Drake has never Featured in any of the Videos released by Wizkid for their collaboration and this has raised issues between him and Davido.
Wizkid blasted Davido that he was ranting about Real Madrid footballer Cristiano Ronaldo following him on IG after his "Fall" release.
Davido replied in a very epic way which I have never forgotten. Davido Replied thus


The Footballer who followed you on IG is better than the Drake who never came closer.

This got fans laughing and cheering Davido.
The case seemed to have been long over until just a few days ago, Drake posted a Photo of himself and Tekno tagging the Photo 'Tekkkkkkk time'.
This shows how good Drake and Tekno are getting along and puts a dent to Wizkids pride in being the first artiste to Feature Drake and also get featured in Drakes song.

Trust the Fans, they are back again. This time, all pressure goes to  Wizkid's camp.
Davido earlier on Today, congratulated Tekno on a Job well done as it is obvious Drake likes him and wants to work with him. Drake hardly posts pictures of himself and other artists except in group photos and photos from his performance. This has actually boosted the HKN gangs Morale and I must say is not looking very well for Wizkid
If Tekno released a Music and Music Video in which Drake featured, it is going to go a long way in ridiculing wizkid's pride and probably his career. It is a good development for us, Africans, that our Afro-pop is being loved and recognized worldwide, but is going to be at the Expense of the Star Boy's Pride.
What would Wizkid do at this particular point?? We don't know yet.