Published by: » AzTv »
» Date: February 05, 2018
Home » Latest-news » Meet Nkiru Emodi the Female Graduate ShoeMaker in Nigeria
Nkiru Emodi is Graduate of Accountancy from the University Benin. She makes her living from making shoes using various materials. Her shoes are of high quality and she makes it from the little workshop she built. She is the Ceo of H.O.T Footwears.
Nkiru has been making millions of naira from this business which most would describe as not fit for a woman, she doesn't mind anyway. She is presently the trending topic on the internet now and this is really good for business as most Nigerians now prefer buying quality shoes from her.
Nkiru is the CRO of Hot Wears.

Because of the quality of shoes she produces, many people now know her as the Shoe Doctor.

Nkiru shared a little about her past. Read Below.

Nkiru Emodi explained how she graduated from Uniben in 2010 and it was really hard for her to secure a job. She further explained that she did not want to stay idle and so went in search of a business which she can do as an entrepreneur. She decided to venture into buying and selling of leather footwear.

Nkiru explained that not only did she not have a job but she did not have the capital to start up the business. She decided to go out to meet people for a loan and most of the people she met turned her down. She further revealed that only one man saw the business idea from a different angle but was unable to give her the capital loan. But she claimed that the man gave her a piece of advice which she took.

She claimed the man advised her to learn how to make the leather shoes herself instead of buying and selling as this would enable her to make more profit and reduce the cost.

Nkiru Emodi explained that the first 3months of learning the process was very challenging and difficult and made her go out of her comfort zone. She explained that she used to have bruises on her hands and her fingernails got broken, she got nauseated using chemical gums to work and wanted to give up at some point.

She said she remembered the words of wisdom the man shared with her and encouraged herself to go her.
Her mantra is 'I can do this'.

She further revealed that she learnt the production for six months within which she fell in love with the job and found some hidden ability she never knew she had in her.
She started saving money and sold a few of her personal stuff to raise money, her siblings and some of her friends who believed in her did also, and she was able to raise about 90.000naira to get good materials to produce 13pairs of footwear (slippers and sandals) for both men and women. She was able to sell her products very quickly because her designs were unique and the materials were of high quality. 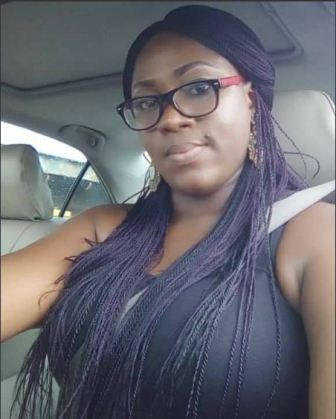 Nkiru Emodi officially launched her H.O.T (House of Theresa) footwears brand into the market on September 5th, 2013 and has made millions from the business.

My Comments: Lots of graduates and undergraduates alike are at the very point Nkiru was when she started. The very problem every entrepreneur has is not just the idea to implement but the lack of capital to start and this has made so many entrepreneurs give up on their dreams and dabbled into other sectors where they have to toil before getting a penny and at most, is not really what they love doing. If you are one of them, then you are the one holding yourself from becoming rich as you want to You have to start implementing your dream instead of having to work for others to achieve theirs.