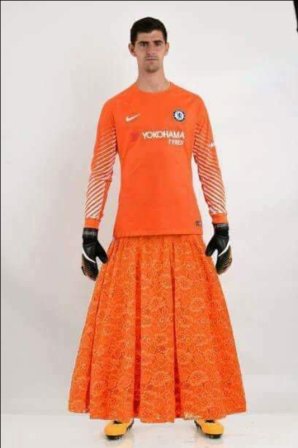 After the exit of  Chelsea Fc from the champions league competition, so many Chelsea fans have created hilarious photos of their goalkeeper Courtois, whom they said is responsible for their defeat due to his poor performance, leading to a 3:0 defeat at Camp Nou.
An angry fan took to his Facebook wall to post this hilarious photo of Courtois in a skirt. Really??