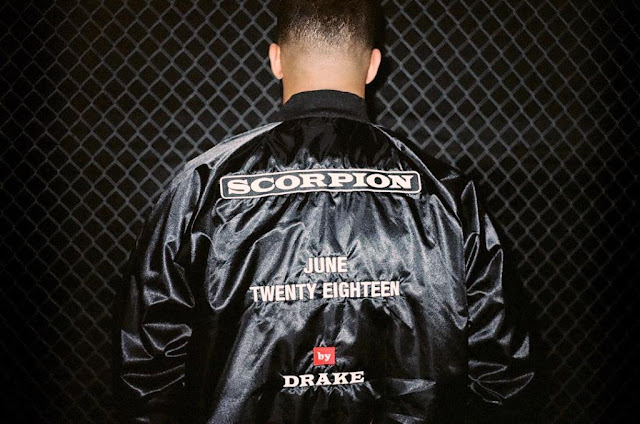 The rapper who has had a really wonderful year with two of his recent hits being top 3 in the Billboard charts has announced that he will be working on Scorpion.

Fans have been asking what his Scorpion Project would be if it is a single, a video or an entire album.

He also had a Custom made  Gold Necklace branded with a Scorpion at the centre.
Seeing as Hypeman Dj Khaled was also pictured holding up a Scorpion Jacket and even wearing one, it is already clear that this project is going to break already made records and whatever it is that Drake and the entire Scorpion Team have in store for us is going to be very amazing.
Anticipate as we bring you more about the Scorpion Project once we find anything new.
Share on Facebook Share on Twitter