Illegal Migrants who intend to get to Europe through Libya met serious issues on their way to Libya and decided to come back were met with serious sea wreck which claimed the lives of over 12 people. 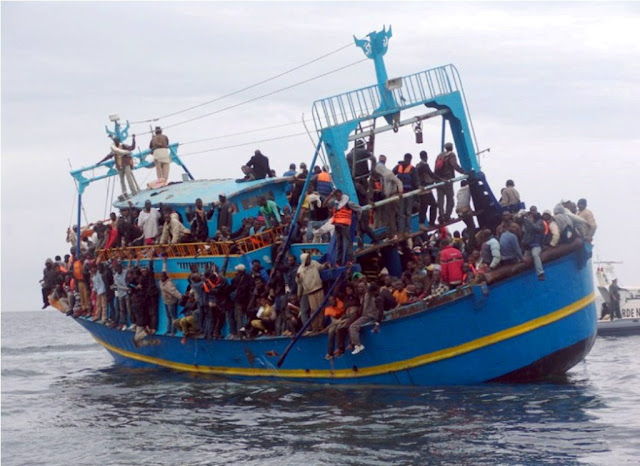 12 dead Bodies were recovered alongside 21 Survivors who were on board a Rubber Boat found sinking Off the Libya Coast.

A Humanitarian group which was aboard an America Naval Vessel called 'Trenton' said they were the only Charity ship currently on Patrol off the Libyan Coast said they had to call on another Ship 'The German Charity Sea Watch' which answered their call and came to help rescue.

The Rubber boat was said to have been the only small boat to have escaped the Sinking Ship that was smuggling illegal migrants into Libya.

The Chief Spokesman for the German Sea Watch, Reuben Neugebauer said they were contacted by Radio to come to help out the Trenton save the lives. Ruben said that the Sea Watch was en route to rendezvous with the Trenton when it received its call.

He also further revealed that they do not yet have an accurate number of People who were aboard the Boat but rescued 21 Survivors and recovered 12 dead bodies.

Reuben further complained that there are not enough Vessels on the Sea to help save lives in the Libyan Coast and that was the reason why the American Rescue Vessel, Trenton, had to call the German Ship ' Sea Watch' because they had no other choice and couldn't stay back and watch these people die.
Share on Facebook Share on Twitter