Video: Military Officer Flogs 2 soldiers for asking for their Salary 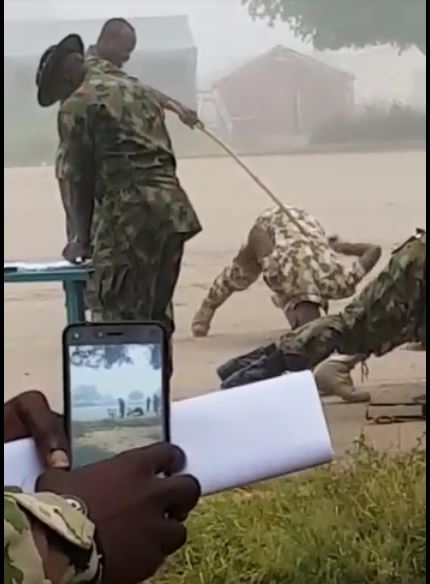 This video has caused an uproar on the internet as so many people condemned his actions. In the video, you can see that some other soldiers who probably dislike his actions had to record the video on their phones so that they can upload it online for people to see.

Watch the Video below and tell us what you think