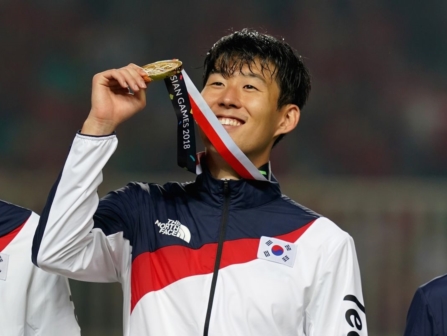 Newcastle Boss, Rafa Benitez has won the Best Manager of the Month for November in the Premier League with Tottenham's Son Heung-min winning the best Goal of the Month.
Rafa Benitez and Son have been announced the winners on the PL monthly awards on Friday, November 14th.

Benitez has replaced Bournemouth Manager, Eddie Howe who won the Award for the Month of October.
Amongst other nominees in these categories were; 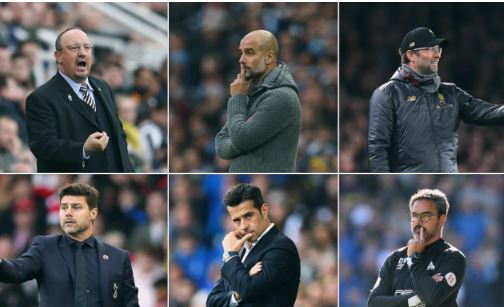 Benitez came out victorious in this tough category as the winner.

It is safe to note that Benitez has won all Three Newcastle games in November and this has become his Seventh Manager of the Month Award in his career. 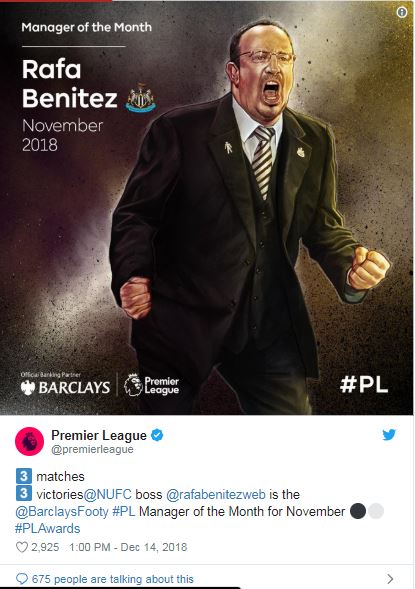 Speaking to Pressmen, Benitez said he would definitely love to win more of this award and take his team to the top of the PL table.
These were his words:
"Obviously I would like to win more manager-of-the-months then we would be in a better position in the table.
"But it's always positive and it is good also for the staff. Everybody is helping you and it is an extra motivation."

Also bagging home an award as earlier mentioned was Tottenham's Striker Son Heung-min who won the Pl Best Goal of the Month for November awards.