Shortly after Ghanaian Actor John Dumelo tied the knot with Mawunya who is a Lawyer and Socialite, The couple has given birth to a Boy. 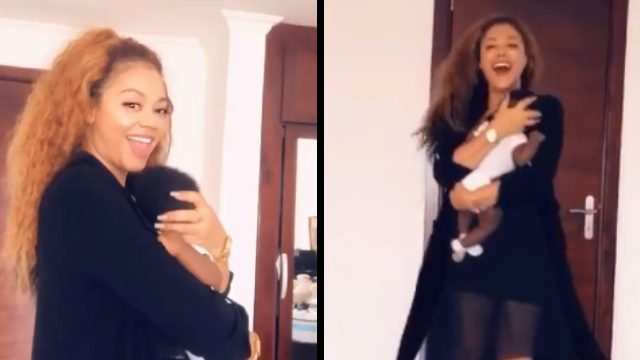 John Dumelo in the past was accused of Swindling so many women off huge sums of money with the promise of Marriage, finally got settled to his heartthrob Mawunya who is also the younger sister to Actress and Tv Hostess Selassie Ibrahim in Accra, Ghana.

Speaking of Nadia Buari, the popular Ghanaian actress took to her Instagram to share a video of herself holding John Dumelo's son.

The Actress explains that the moment she held him in her arms, she fell in love with him. This was her exact words


"My Precious @johnd_jnr ..from the moment i held u in my arms, u snuggled right into my heart. I love you to everywhere and back, a million times forever."