Published by: » AzTv »
» Date: January 20, 2019
Home » entertainment-news » Ghanaian Wendy Shay Set to Leave RuffTown Records a #PR Stunt
Ghanaian Singer Wendy Shay took to her Instagram Page to suggest to her fans that she is actually set on leaving rufftown records following an offer she got from an anonymous source for $500,000 and any car of her choice. 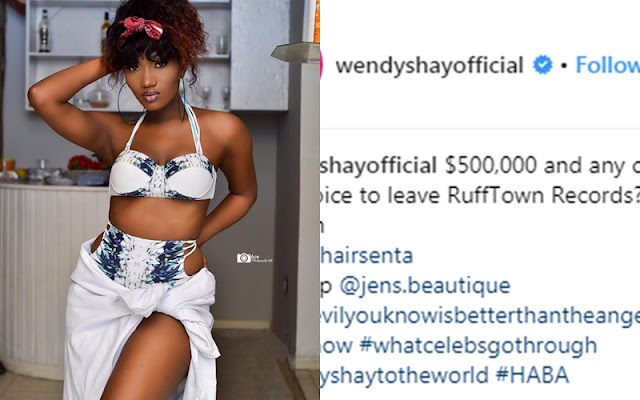 The singer posted this status with a cute picture of herself well made up.

But according to reports from Ghanacelebrities.com, this allegation by Wendy Shay is a PR stunt to get her into the news to help the publicity for her yet to be released song under the said RuffTown Records.

According to their reports, Wendy Shay's brand thrives on such PR stunts for its success. 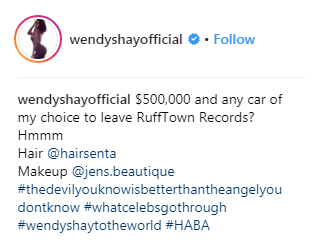 So many fans have believed the singers post about leaving the record and it would be really sad to burst the bubble as this is just a PR Stunt and the singer is in fact not leaving the label.

In the past, the singer has used Sex Scandal Stories to sell her brand, but it is not going to work this time around as the singer has changed the method for getting the limelight she so desires.
Share on Facebook Share on Twitter