The issue started when Asiwaju who is a die-hard PDP supporter took to his handle to claim that two ladies were accusing him of rape and that he believed they were being sponsored by his political opponent who is in the APC, Blessing Osom. 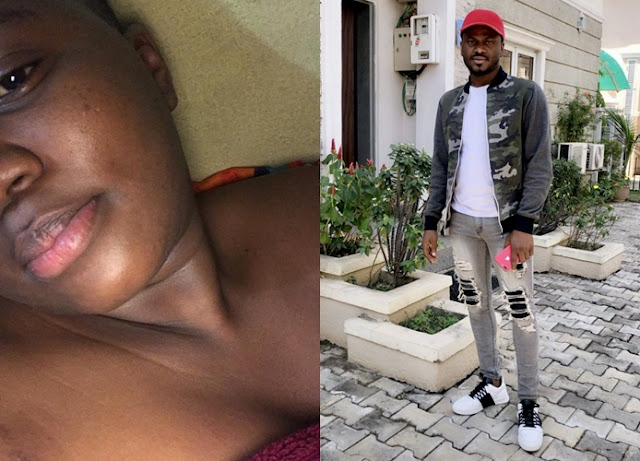 According to Asiwaju, the two ladies were accusing him of rape, an allegation which he said was totally incorrect

Asiwaju admitted to having sex with the said ladies but said it was consensual.

According to him, the ladies came to him because they knew he had money. He claimed to have taken the girls individually to a club and bought drinks worth over 500K naira, they partied and went back to his hotel or his car to have sex.

Asiwaju who drove a G-wagon claimed the girls knew he had money and they have been sexting for a while and sending him nudes and Sexual messages even when he didn't ask for it for a while before the said girls came over to see him and the whole incident occurred.

He also claimed that his sick mother had died because of the whole incident and that he was going to take his own life.

We thought he was joking until his body was recovered this morning from his hotel room.

Asiwaju before his demise released some of the nudes he received and a short clip of a girl giving him oral S*x. He claimed that if anything happened to him, that the two girls should be held responsible.

He also claimed that his mother just had heart surgery and died when she saw the whole thing online and he was going to take his life because he was distraught by the whole thing.

He also released pictures of the girls he was talking about and released another nude picture one of the girls sent to him. We traced the picture down to  twitter account @Thatgoddess

Take a look at some of the Tweets from Asiwaju below!! 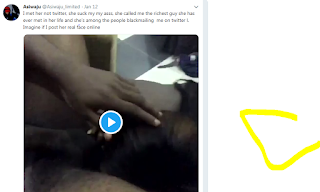 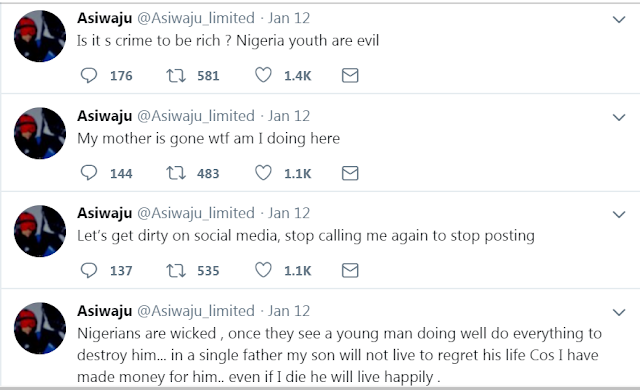 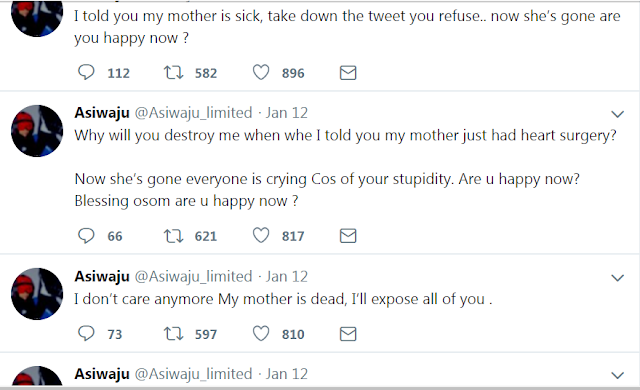 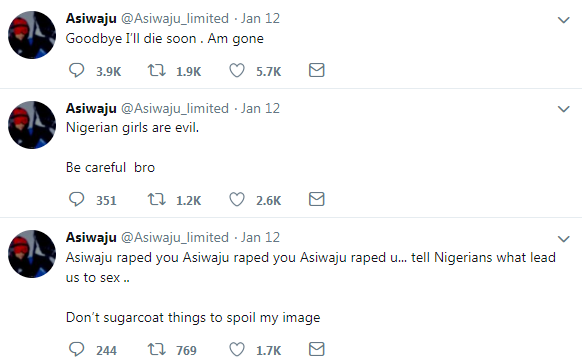 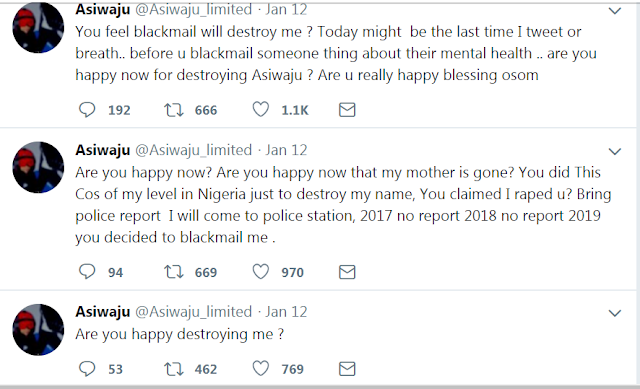