Video: Obasanjo - Nigerians will be Fools to Fall for Buhari Again

Published by: » AzTv »
» Date: January 21, 2019
Home » Latest-news » Video: Obasanjo - Nigerians will be Fools to Fall for Buhari Again
Former Nigerian President, Olusegun Obasanjo has once upon a time been in Support for President Buhari's Presidency ambition but have recently changed his whole belief and Support on the Issue. 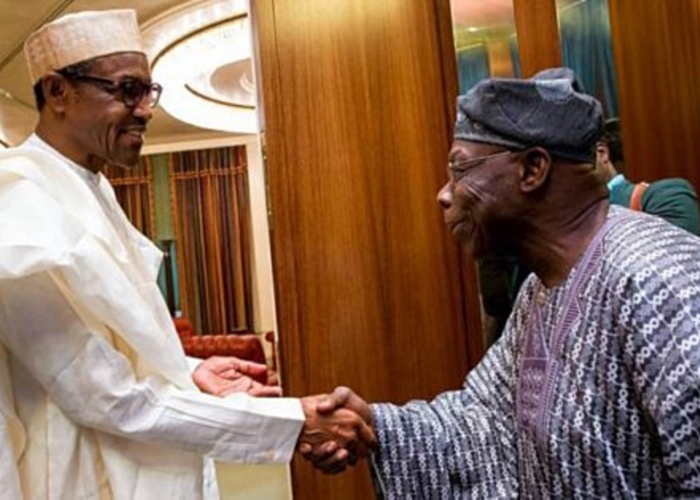 Obasanjo in a video was quoted saying that "Nigerians will be Fools if they fall for Buhari again".He claims that he is grateful and appreciates what Buhari has done for Nigeria but however urged the President not to contest in the forthcoming presidential elections, but should instead go back to his home in Daura and enjoy the rest of his life peacefully.

The ex-president also stated that buhari and Apc has succeeded in deceiving Nigerians the first time in 2015 but Nigerians would be fools to fall for the same trick again in the 2019 elections to vote Buhari.

According to Obasanjo,the Buhari-led government is behaving exactly like the "Abacha Regime" where the Security Forces are being misused to fight all their political opponents and critics who are against Buhari.

The President who was recorded in his Pent House inside the Olusegun Obasanjo presidential library in Ogun State said Nigerians should not believe the same old story this administration is throwing at them.
Watch the Video Below!!