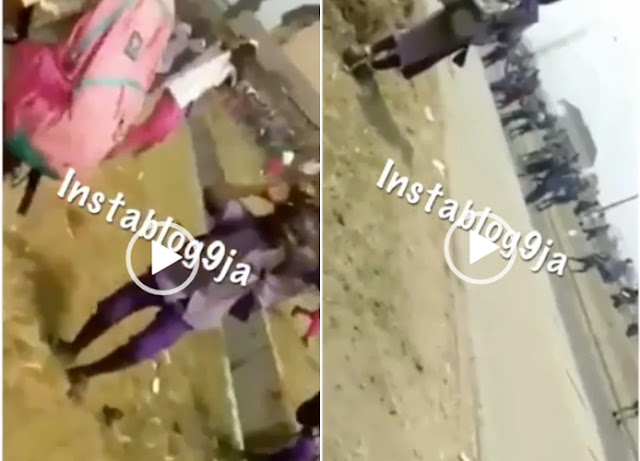 The Students inflicted injury on each other using stones, bottles and machetes as the fight happened on Lagos-Badagry Expressway.

Onlookers had to video the whole incident and we have the video below.

This video has gone viral on Social Media and it was reported that it was an alleged cult clash between two cult groups in the area that led to the fight for supremacy.

Watch The School Fight Video below!!!