Published by: » AzTv »
» Date: January 20, 2019
Home » Trending-videos » Video: Atiku Townhall Meeting Disrupted by Nigerians in America
Atiku Abubakar and his campaign team were in America to hold a Townhall meeting with Important dignitaries at the trump tower concerning the 2019 election and the need to vote in Atiku as the President of Nigeria. 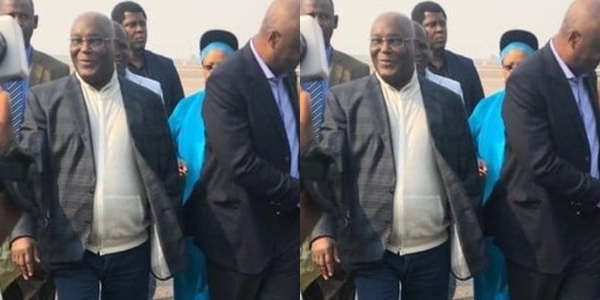 The Senate President, Bukola Saraki who is the Campaign DG for Atiku Campaign went along with him but new video has surfaced that they were accosted by angry Nigerians in America who disrupted the meeting, protesting that Atiku was among those who looted Nigeria dry and should not come out to talk about being the president of the country.

Watch the video below!!