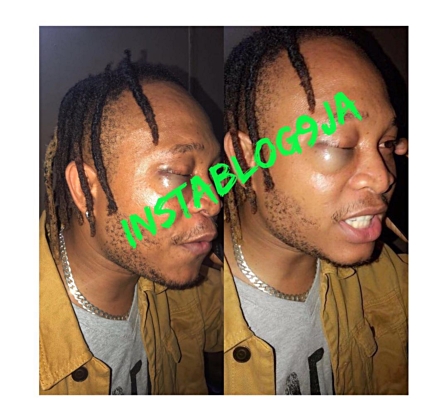 Popular Instagram Blog Popularly known as Instablog reports that YBNL Viktoh was brutally beaten on his way to The Afrika Shrine to Perform at Zlatan's Concert.

The Police reportedly hit him on his right eye and he is presently battling to regain the use of his eyes.

The reasons for such brutality has not been uncovered yet, but be rest assured we are going to keep you updated on this news as it unfolds.