Published by: » AzTv »
» Date: February 22, 2019
Home » entertainment-news » All i Wanted was her Pu**y - Soulja boy Tweets about breakup with Blac Chyna
Following reports from TMZ and rumours that Soulja boy and Blac Chyna have broken up, Soulja boy took to his social media account to confirm that he has indeed broken up with Chyna. 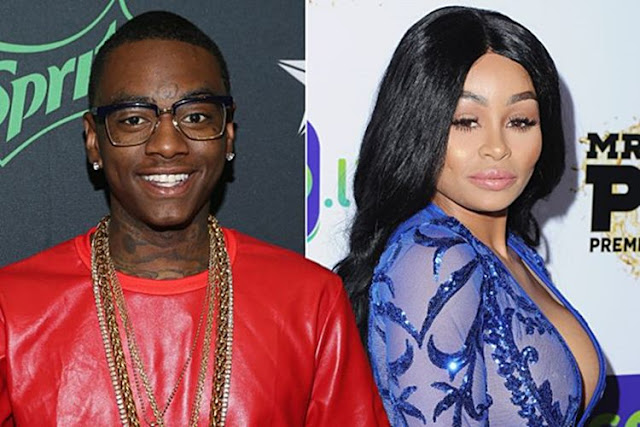 Social media went agog a few weeks ago when we got to find out that Soulja boy and Blac Chyna were now dating. The duo took to all their social media handlers to share pictures of themselves all loved up.

Earlier on after the rumour of the breakup, Young Draco went on Twitter to declare that all he wanted from Chyna was just to know how her Pu**y felt. See his Tweet below!.

It turns out that Soulja Boy and Blac Chyna dating news was all a Hoax as the whole “relationship” was allegedly staged, in efforts to troll her exTyga and get under his skin. 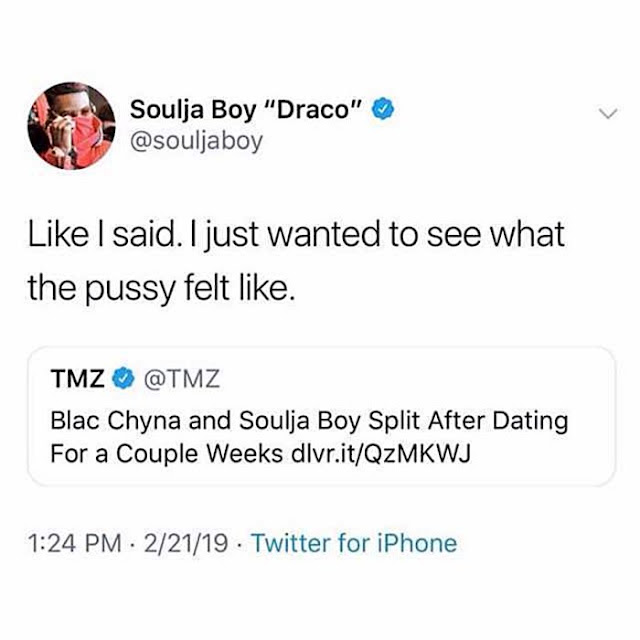