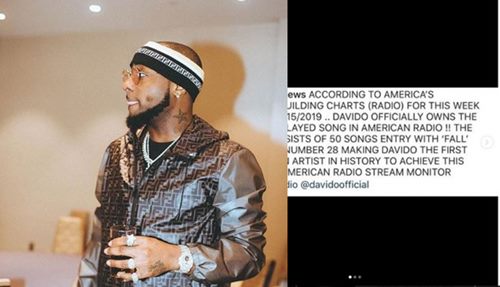 According to America's Mediabase Building Charts (Radio) for this week Updated:02/15/2019.. Davido officially owns the 28th most played song in American Radio !! The charts consists of 50 songs Entry with 'Fall' debuted at Number 28 making Davido the First ever African Artist in History to Achieve this Feat in the American Radio stream monitor.

No other African song has been able to make it to this point and this breaking record confirms that African music is getting bigger and better everyday!!