Published by: » AzTv »
» Date: February 05, 2019
Home » Sound-Sultan » Basketmouth – Dia Fada ft. Sound Sultan & Item 7 [Audio]
Popular Nigerian Comedian Bright Okpocha aka Basketmouth has released his very first single "Dia Fada" ft Sound Sultan and Item 7.
Recall that in January, Basketmouth officially announced that he would be featuring in his very first move "The Exorcism of Alu" which is still under production, he has also taken his career up a notch as he also drops his first music ever!!!. 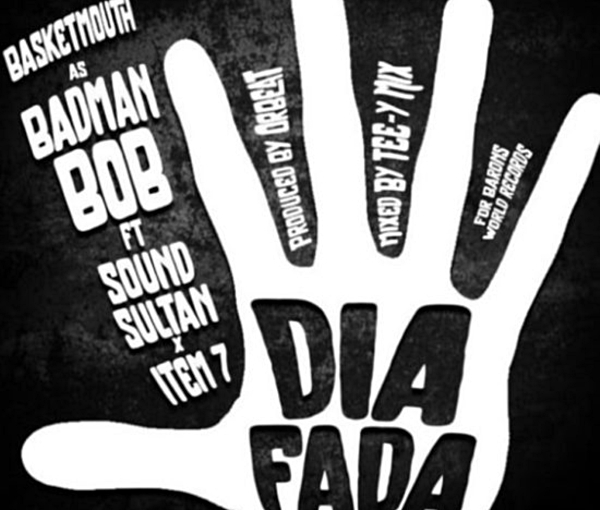 In this song, he features Sound Sultan and Item 7.

"Dia Fada" was produced by Orbeat. Basketmouth called himself Bad Man Bob in this song (his music name) as he completely murders the first verse of the song.
His verse goes to question people who never wanted him to be anything in life, telling them "Dia Fada" as a response to all their hate towards him.

Sound Sultan came in the second verse and then item 7 wrapped it up. Their verses was basically talking about the problems they faced back in the day when they started out their journey in life.

We know that Basketmouth is a very creative individual, this song increases our love towards him.
Listen to Dia Fada below and Download immediately.