Published by: » AzTv »
» Date: February 22, 2019
Home » Latest-news » Side Chick caught dumping her lovers dead body in a Bush [Full Story]
Yet another sidechick has been caught with the corpse of her dead lover while trying to dump it in a bush.
The suspect who was identified as Aderonke Ayinde, was caught while trying to dispose off the body of her lover, Mr Asimi Abiodun in a bush close to her house. 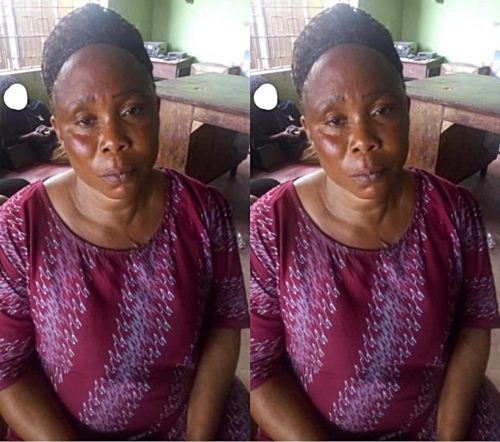 Police reports states that the deceased came to spend the night with his sidechick at her house in Abeokuta but died in a very questionable manner.
The suspect then waited till it was late in the night and then tried to throw his body in the bush, but unknown to her, someone was watching the whole thing from a nearby bush.

After arresting and interrogating her, the Suspect claimed that the deceased was  a longtime lover who used to pass the night at her place. She further revealed that on that fateful day, he came as usual but suddenly developed a strange illness in the night and died before she could call for any help.
She confessed that she planned and attempted to dump his body in the bush out of fear.
Share on Facebook Share on Twitter