Published by: » AzTv »
» Date: February 17, 2019
Home » Latest-news » [Video] Customs officer shoots and kills Innocent Nigerian man returning from the united states
This video is a very graphic one. A customs officer have been caught on camera where he shot and killed an innocent Nigerian who was on his way back from the United States. 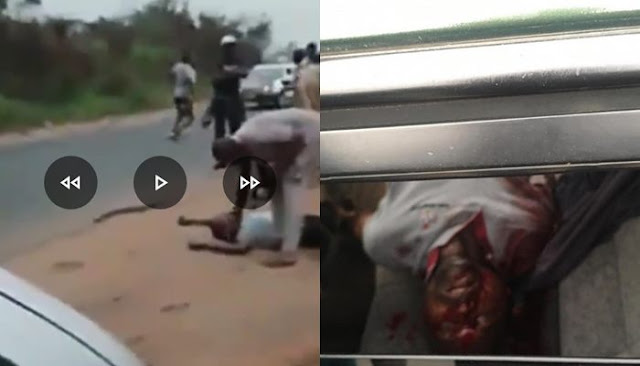 This incident happened at Lagos-Ibadan expressway when an Igbo businessman was on way to the east. He was charged N300,000 by these customs officers for his car which he refused to pay, saying the amount was outrageous.
There was an argument when the officers tried to take money from the passengers who were on their way back. The argument got heated up and we could see in the video, one of the officers went behind the camera, cracked his gun and shot and killed one of the men (Ejay).

The Officers then made their way into their van and tried to escape but the passengers held them down and tried to flag down other motorist driving past the place for help.
This is very barbaric and Justice must be done in this case.

How can an ordinary custom officer shoot and kill an innocent Nigerian for no reason. Is customs now part of our military?

Watch the second part of the video below...