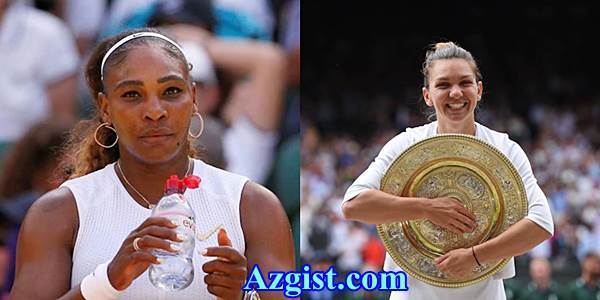 This is the first time ever that a Romanian has ever won the Wimbledon title and it was a huge success for Simona.

Information from Forbes reveals that this would be the second Grand Slam title for Miss Simona who won her first title at the 2018 French open.

This would be her second Grand Slam finals after she had initially lost her first 3 titles.

In an interview, the Athlete reveals that she has never played a better match as this was her best match ever and she was inspired by Serena Williams.

Serena Williams accepted the defeat and told reporters that Simona was 'a little Powerhouse'.
This was her exact words:


“I can’t say that I had a lot of tension or was super tense,” said Williams. “I just think my opponent played unbelievable. When someone plays lights out, there’s really not much you can do. You just have to understand that it was their day. There’s so many impressive things about her. Her tenacity, her ability to improve every time, just to keep improving. Her ability to find power. You can’t underestimate her. She’s like a little powerhouse.”